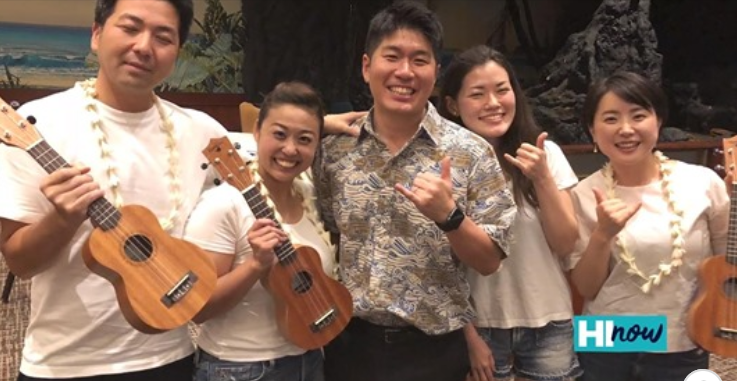 This year, Aloha United Way is proud to be celebrating its centennial anniversary with $677 million invested in our community over the past century. Employees at Kyo-ya Hotels and Resorts Marriott Waikiki and Enterprise Holdings are excited to join the nonprofit to create change in the community through its Workplace Giving Campaign.

“It’s wonderful to be part of supporting Aloha United Way and part of creating change together,” says Kehau Kam. She’s with Kyo-ya Hotels and is the complex director of cultural services at Marriott Waikiki. “Marriott has a longstanding connection with Aloha United Way. I’ve personally been giving since I started working here 48 years ago!”

Kam says she’s personally thankful for Aloha United Way because of the help the non-profit provided when her mother-in-law suffered a stroke. Aloha United Way paid for all the medical bills while she was in rehab.

“Only through Aloha United Way could this happen!” Kam says.

Enterprise Holdings is another company with a long history of supporting Aloha United Way. Dee Lim with Enterprise says she’s been personally giving to Aloha United Way for 22 years and has coordinated the company’s Workplace Giving Campaign for more than 15 years.

“Aloha United Way makes it easy to give back and do good,” she says. “They will meet with you and help you to plan a successful campaign that is fun for your employees. Collaborate with them and you’re sure to be successful!”

Kam explains that one of the great things about Aloha United Way is that you’re not limited to giving to just one organization. The non-profit has more than 300 to choose from, so when you’re asking someone to give, there’s probably at least a few organizations they have a connection to.

Aloha United Way is supported by over 1,500 companies like Kyo-ya Hotels and Resorts Marriott Waikiki and Enterprise Holdings, along with thousands of donors and volunteers. The goal for this special centennial year is to raise $10 million to support more than 300 local nonprofits and Aloha United Way programs that help the community.