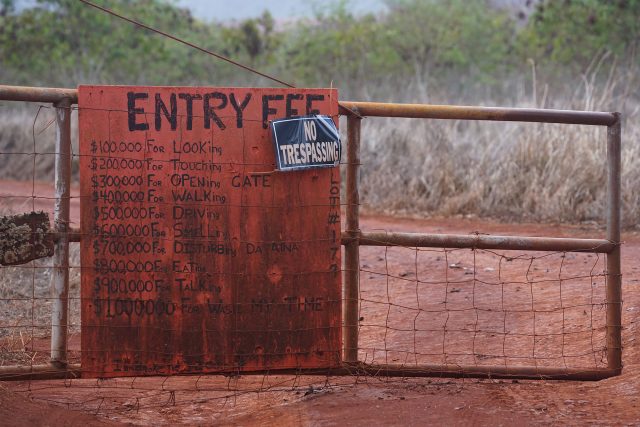 The $5 million mortgage relief program is the latest effort by the Department of Hawaiian Home Lands to help people struggling to pay their bills.

The Council for Native Hawaiian Advancement has begun accepting applications for $5 million in federal funds to help people on Hawaiian Homelands who have fallen behind on their mortgages because of the pandemic.

While renters throughout the state have had access to rent and utility assistance since May 2020, homeowners have not had the same amount of assistance.

“We have around 4,000 or so mortgages on Hawaiian Homelands, and throughout the pandemic, many of those residents have been financially impacted, but there weren’t any programs to provide them any sort of relief,” said Cedric Duarte, a spokesman for the Department of Hawaiian Homelands.

The Hawaiian Homes Commission Act that was signed into law in 1921 entitles any person who is at least 18 years old and has at least 50% Hawaiian blood to apply for a homestead under three categories — residential, agricultural or pastoral. The available land is limited, and there’s a waitlist of nearly 29,000 applicants.

According to the DHHL waitlist, some people live their entire lives without leaving the waitlist. So, many eligible Native Hawaiians spend decades renting or buying a home elsewhere.

In May, the agency partnered with Aloha United Way to distribute $7 million in rental and utility assistance to people waitlisted for homesteads. And between February and June an additional $7.4 million in rent relief was released via the Council of Native Hawaiian Advancement, a nonprofit group that acts as a liaison with DHHL and other entities.

The mortgage relief program is DHHL’s fourth roll out of funds to help people struggling to pay their bills. While lessees only pay $1 each year for a 99-year lease, most people still need to pay a mortgage for the home that sits on their land. The DHHL implemented a mortgage loan deferral program in April 2020, but the 48% of lessees who postponed payments accrued interest.

Mortgage relief for the population as a whole also is on the way, according to Hawaii Housing Finance and Development Corp. information officer Gordon Pang. He said the Hawaii Department of Budget and Finance will receive $50 million for families who are behind on their mortgages or already in foreclosure as a result of the pandemic.

Pang explained that 10% of that funding will be available through a pilot program for Kauai and Hawaii island residents by the end of the year, and said the state is waiting for the Treasury to approve the other 90% in their Homeowner Assistance Fund Program.

“The state will work with the counties on distribution of the remaining funds once they become available,” Pang said in an email.

According to the DHHL 2020 annual report, there are 8,427 residential, 1,096 agricultural and 410 pastoral lands under lease from the department to homesteaders. About 4,000 of those have mortgages. Medeiros said 157 applications have been received and 25 approved since the portal opened on Sept. 16.

Sitting together in the Kaupuni Neighborhood Park on the Waianae Homestead, residents Georgie Navarro, Jan Makepa and Kapua Keli'ikoa-Kamai said the department should do more to inform their community about the new program.

Duarte said community outreach is on the way. He explained that the agency is intentionally rolling out notifications across different platforms slowly over the next few weeks to avoid overwhelming application processors at CNHA.

While the DHHL and CNHA released the information on their website on Sept. 16, the Office of Hawaiian Affairs newsletter will go out on Friday. Duarte said the DHHL will send mailers to every homestead in the following weeks.

Aside from awareness, Makepa said the biggest problem throughout the pandemic has been navigating the different requirements to qualify for assistance to pay housing fees.

In 2018, her mother — the lessee of their Waianae homestead — passed away and Makepa wanted to transfer the lease to her son while continuing to wait for her own homestead on the waitlist that she joined in 1994. But as she waits to officially transfer the lease, Makepa said she was denied rental assistance because she didn't fall under the category as a renter.

"People are desperate because there are people saying, 'We're going to turn off your electric if you don't pay your bill,' and it's stressful when you have a person that no longer has a job," she said.

Unlike Makepa, Navarro has a set mortgage for her house, which is currently home to four generations.

"I put in what others cannot and that's okay because they're trying to start a future of their own too," Navarro said.

Keli'ikoa-Kamai said one silver lining of the pandemic is better access to DHHL meetings and the ability to give testimony through video calls. She feels like the DHHL meetings are finally accessible to outer island communities and hopes access continues to improve.

Despite the emotional hardship of losing loved ones to Covid-19, the three women smiled and laughed, sharing how their families felt closer than ever before. As they folded up their chairs and walked to their cars, Makepa gave small potted popolo plants — known to treat respiratory problems — to each of her friends.

"Whenever you walk into a homestead, there's a security knowing that you're surrounded by kanaka," Makepa said.