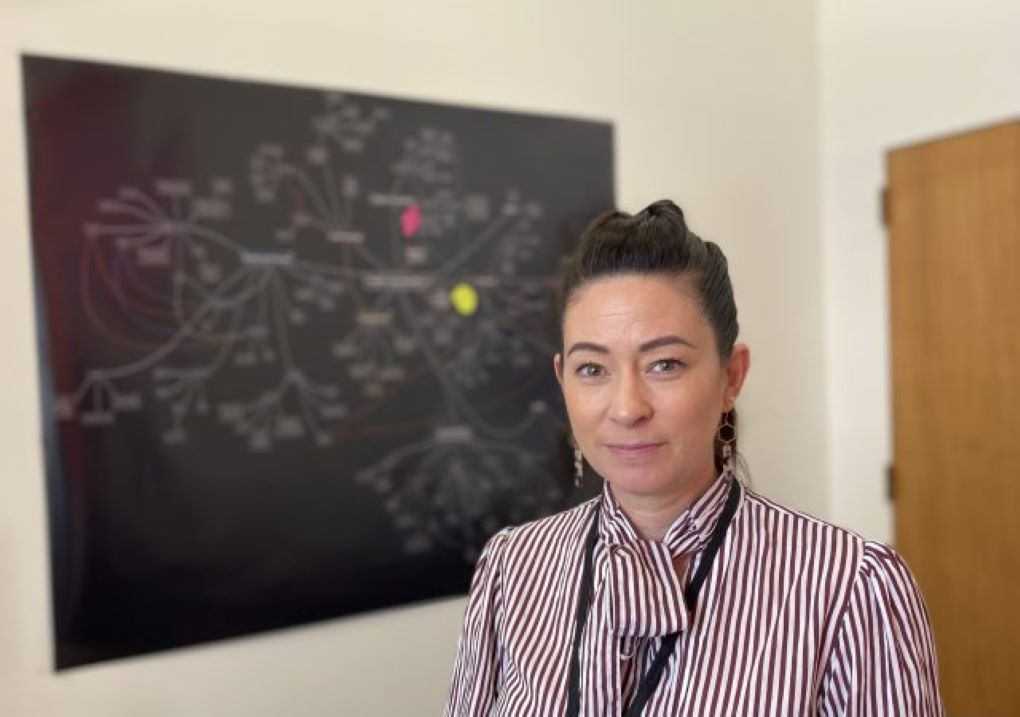 When asked how Gov. Josh Green’s administration plans to measure the success of his flagship policy initiative to build more homes in Hawaii, the governor’s new housing chief, Nani Medeiros, responded with an hourlong tour of a diagram referred to as a mind map.
The oversized poster-like graphic outlining Medeiros’ plan to deal with the state’s housing challenge shows not just the enormity of the challenge, but also the complexity of the approach Green’s administration plans to take to address what experts say is a need for as many as 50,000 new housing units statewide in the next few years.
Medeiros declined to make public her detailed map, which resembles a sprawling anemone, because she said it’s merely a draft. A more general map identifies nearly a dozen priorities — from specifics like plans to redevelop Aloha Stadium and provide homes for Department of Hawaiian Home Lands beneficiaries, to general ideas like collaborating with the private sector and county governments.
Cracking down on illegal vacation rentals alone could put thousands of units onto the market, she said, while imposing higher taxes on vacant investment properties could generate hundreds of millions of dollars in revenue to use for affordable housing.
To community and business leaders, dealing with Hawaii’s housing shortage is a defining issue for the state’s economy and the well-being of residents. A 2022 report by Aloha United Way found one in five Oahu residents struggled to pay housing expenses, such as rent or mortgages, while the number on Maui and the Big Island is closer to one in four.
Asked about economic issues facing the state, Peter Ho, chairman, president and chief executive of Bank of Hawaii, said housing “is the big one.” Many people who are struggling to get by are choosing to leave the state, said Ho, who is also chairman of the Hawaii Community Foundation, a major charitable organization. “If you’re losing population because people can’t afford to live where we live, that long term is not going to work for the economy,” Ho said.