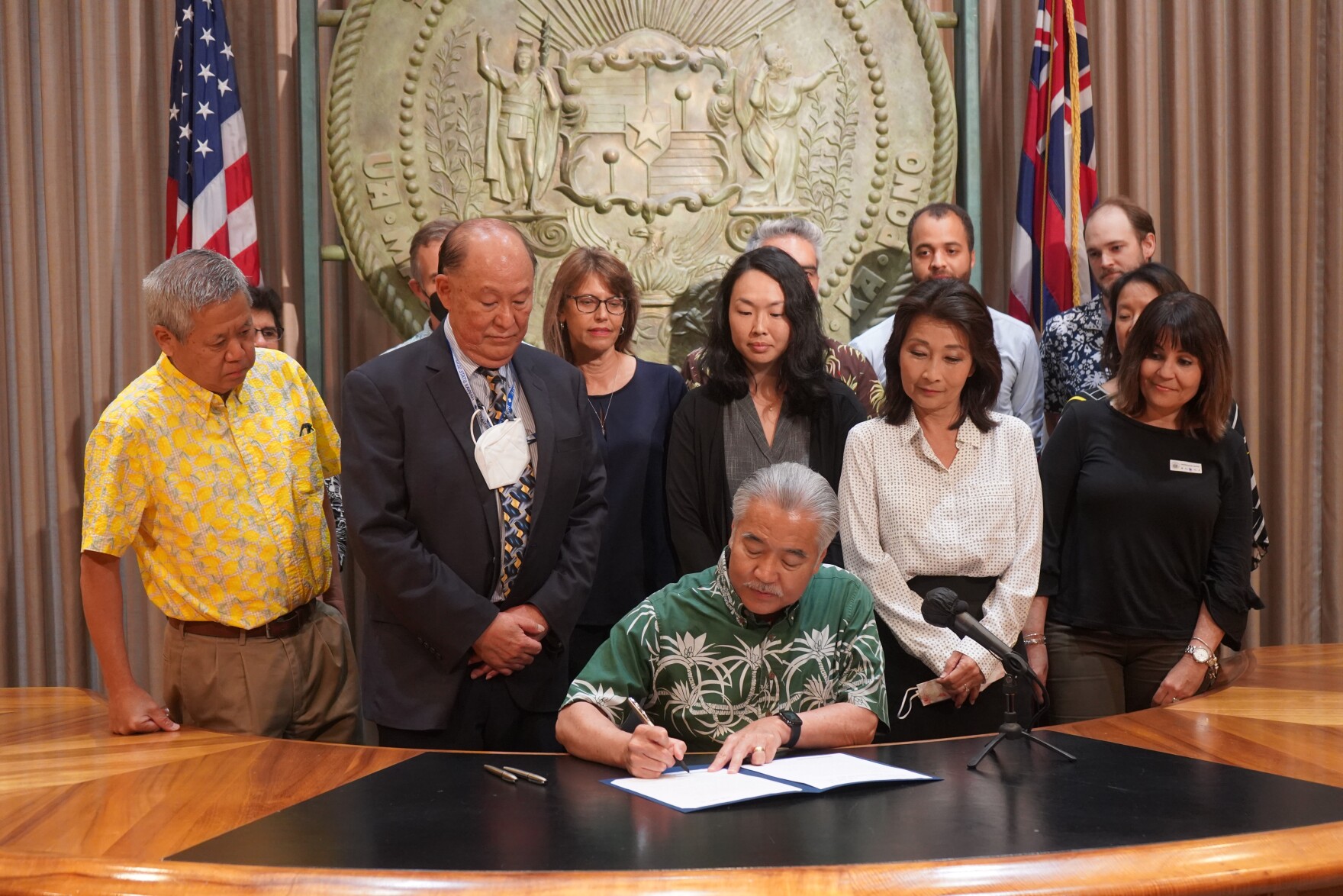 Jun. 22, 2022
Article Courtesy of Hawaii Public Radio Written by Sabrina Bodon
Gov. David Ige on Wednesday signed legislation raising the state's minimum wage to $18 an hour by 2028.
The minimum wage will rise from $10.10 to $12 an hour this October. Then it will go up to $14 in January 2024, then to $16 in 2026. The final increase will take it to $18 in 2028.
The $18 minimum would be the highest dollar amount among the 50 states and the District of Columbia. However, some states automatically boost their minimum wage when the cost of living increases. California, which currently has a $15 minimum wage, could have a higher wage by 2028 given inflation.
Hawai’i last raised the minimum wage back in 2018. Ige called the new measure long overdue.
Hawaiʻi Gov. David Ige delivers the State of the State address on Jan. 24, 2022.
"We do know that about 190,000 workers in Hawaiʻi earn the minimum wage, and so raising the minimum wage will be helping those individuals earn more income so they can pay for essentials, food, housing, shelter, and other necessary expenses," Ige said during the signing ceremony.
He said the state will see an economic boost when the measure occurs.
"We do know that those earning the minimum wage are living paycheck to paycheck to paycheck and certainly will be spending those funds in our economy, creating more jobs here for our community," Ige said.
The bill also makes the earned income tax credit permanent and refundable, helping low- to moderate-income workers cut their taxes and potentially increase their tax refund.
It increases the 75 cents rate to $1 by October, then $1.25 in 2024 and finally to $1.50 in 2028.
Ige also signed a measure providing one-time tax refunds on 2021 tax returns. Taxpayers earning less than $100,000, and couples earning less than $200,000, will get $300 per tax exemption. For a family of four, the payout could total $1,200.
Individuals who earned more than $100,000 and couples who earned more than $200,000 will receive $100 per tax exemption.
The bill also puts $500 million in the state's rainy day fund and sets aside $300 million for state employee pensions.
Refunds are expected to take place in the last week of August, according to the Department of Taxation.
