Caring for the Community Starts with Caring for Yourself 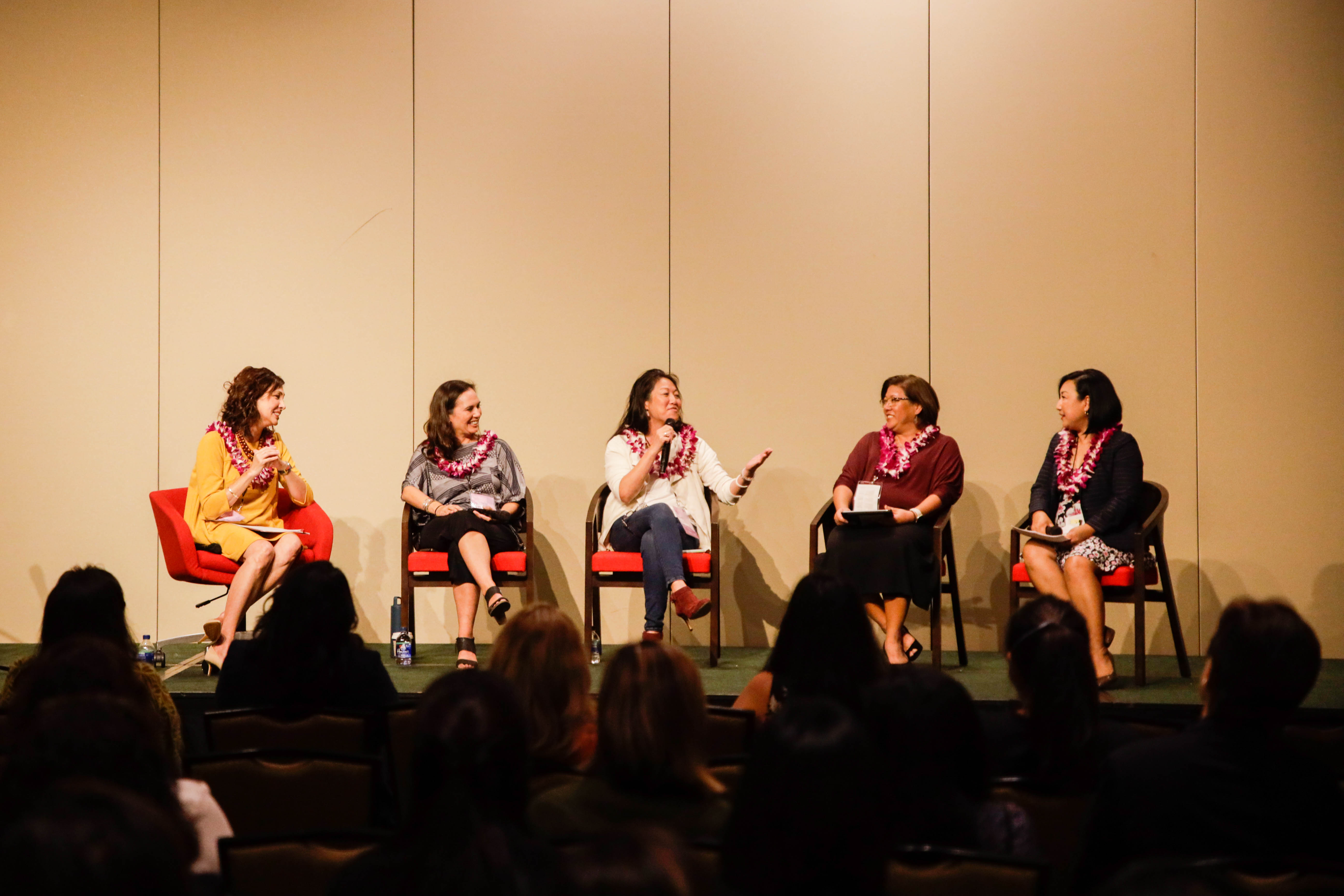 Nov. 3, 2022
“There is a special place in hell for women who don’t help other women” - Madeleine Albright
Madeleine K. Albright was the first woman to become United States Secretary of State and shared the sentiment above during a keynote speech celebrating the WNBA’s All-Decade team in 2006. The quote was repeated to kick off the 2022 Hawaii Business Magazine Wahine Forum.
The event was filled with development and networking opportunities for the nearly 1,000 women who attended the annual event, in-person for the first time in two years. Aloha United Way sponsored the Forum and challenged women to embrace the power that comes from a network of women. AUW Affinity Group, Women United, led an activity that focused on connections between attendees. Each woman was asked to place her name on a board and draw a line between herself and up to four others that she knew professionally or personally. The result? A powerful web of women. 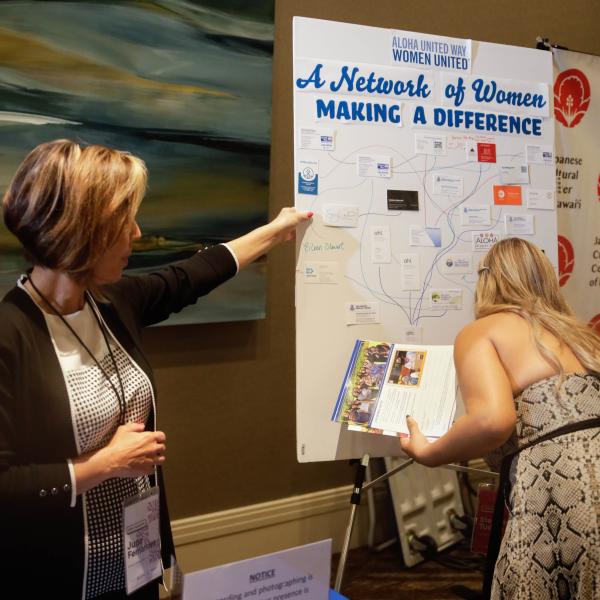 One of the early sessions, “Building a Strong Community Starts With YOU!” tackled the issues around creating boundaries, space, and opportunities to have a positive impact on self and community. Several themes emerged from the panel:
“Working in hospice care previously, I can say no one regretted not working more or taking that early morning meeting; but they did regret time not spent with family,”  said Alexandra Wroe, VP, Patient Care - Medicine, Care Coordination, Utilization Management and Clinical Documentation at The Queen’s Health System and panelist.
The women on the panel continued to emphasize how establishing boundaries and defining your core values led to having the ability to gather a supportive network, volunteer with family, and share with others in your community. It takes a village to create change and Aloha United Way Women United embrace these same ideas. We invite you to take part in positive change, build a network, and define your core values along with hundreds of other women.
