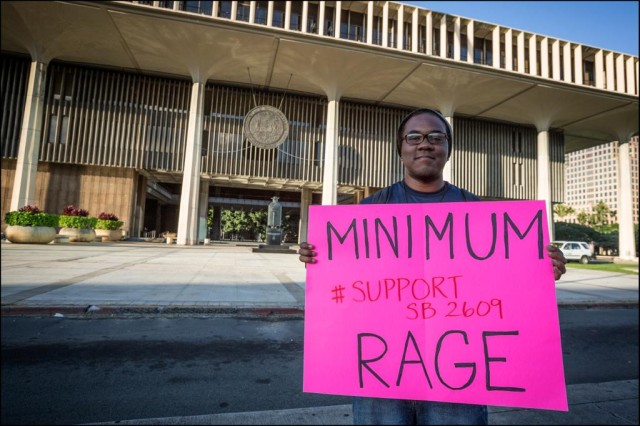 Ripple effects and unintended consequences, especially in a down economy, have become driving factors in the debate over a minimum wage.

When Hawaii senators in January proposed a nearly 20% increase in the state’s minimum wage to $12 an hour from $10.10, the bill appeared to have not just legs but wings. It sailed through three Senate committees with a total of just two no votes.

But fast forward three months, and the minimum wage bill’s wings had been clipped. The House lawmaker in charge of the bill’s fate hasn’t even scheduled a hearing, and he says he doesn’t plan to.

Rep. Richard Onishi, who chairs the House Committee on Labor and Tourism, says that it’s not a matter of ignoring people at the bottom to help rich business owners. Rather, Onishi said, the issue is that, based on economic analyses he’s studied, raising the minimum wage isn’t the way to help those who need it most.

“I fully believe and I fully support the concept that right now, coming out of this pandemic, our most important role is to get our economy back online, help support businesses so they can begin to operate and hire people back, so that people who are not on unemployment have jobs,” he said.