Legislature Should Prioritize Children By Investing In Their Future 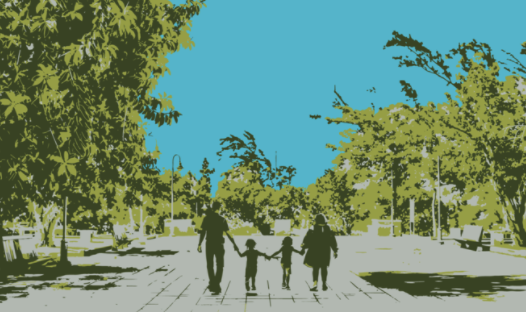 Mar. 24, 2022
Article courtesy of Honolulu Civil Beat
This year, as lawmakers consider a budget surplus and updates to the state’s spending plan, their top priority should be improving Hawaii’s investment in our children and youth.
The well-being and vibrancy of Hawaii tomorrow depends on the collective investment in our children today. This investment is also the key to a more equitable future.
Unfortunately, Hawaii’s investment in children has been decreasing over the past 15 years, according to the Hawaii Children’s Budget, which was prepared by the Hawaii Budget & Policy Center and published this week by Hawaii KIDS COUNT.
The Hawaii Children’s Budget comprehensively analyzes the state’s budgets and spending on programs and services for children and youth, like public education, economic and social supports, Med-QUEST, and public and mental health.
The report found that the percent of the state’s budget spent on children dropped to 21% this year, down from 25% in 2005. And the state has only spent 91 cents of every dollar that it budgeted for children’s programs over the past decade — a figure that’s been decreasing over time.
Unless policymakers ensure economic security, safe and stable housing, and good education for all, we relegate some children — usually those whose families face socioeconomic barriers and discrimination — to a future of poverty and poor mental and physical health.
The outcomes we get are closely related to the amount we spend. The Hawaii Children’s Budget found that, compared to other states, Hawaii’s spending on children’s health ranks 44th, and its spending on public education ranks 38th.
This underinvestment leads to troubling results: our children’s economic well-being ranks just 44th in the country, and their educational well-being ranks 32nd, according to the national 2021 KIDS COUNT Data Book.
But this year, Hawaii’s legislators should take the opportunity to turn the tide. This legislative session, state leaders can improve the way we invest in our children to help them realize their potential and be able to contribute to our communities for generations to come.
Four Areas
The Hawaii Children’s Budget identifies four key areas that lawmakers should prioritize.
First, the state should rapidly expand resources to provide high-quality universal pre-kindergarten and child care for younger children. This is one of the most important investments we can make in our keiki.
the cover of the March 2022 Hawaii Children's Budget publication
Yet lawmakers cut spending on these critical priorities last year. Preschool Open Doors, an important subsidy program to help families afford the high cost of child care, was cut by $7 million, and early learning programs at public charter schools lost $30,000. Lawmakers should restore funding and begin expanding resources to ensure child care and early learning are available for all.
Second, the Legislature should reauthorize and improve a key tax credit that helps lower-income families, called the earned income tax credit. The federal EITC has been well-studied since going into effect in 1975, and it’s clear that it’s one of the best anti-poverty policies available.
If the Legislature doesn’t act this session, the state’s EITC would expire this year. The Legislature should also improve the EITC so that the lowest-income households can get its full benefit.
It should be unthinkable that children and youth in Hawaii would experience hunger.
Third, lawmakers should work to ensure economic security for children and their families, with access to affordable workforce housing as a priority.
This means maximizing state and federal programs that subsidize the cost of food, utilities, child care, and other household essentials.
Finally, the state should invest more in strategies and programs that help at-risk youth and those who are neither working or in school fulfill their potential.
It should be unthinkable that children and youth in Hawaii would experience hunger, housing instability, or a lack of access to a great education.
The pandemic and economic crisis certainly exacerbated the problem, with nearly 60% of households now struggling to make ends meet, according to the Aloha United Way ALICE report.
But the issues affecting Hawaii’s children have more deeply entrenched roots, and as the Hawaii Children’s Budget shows, the state is failing to make children a true priority.
In the coming weeks, lawmakers will have the power to put Hawaii’s children on a better track. We can’t urge them strongly enough to do so.
