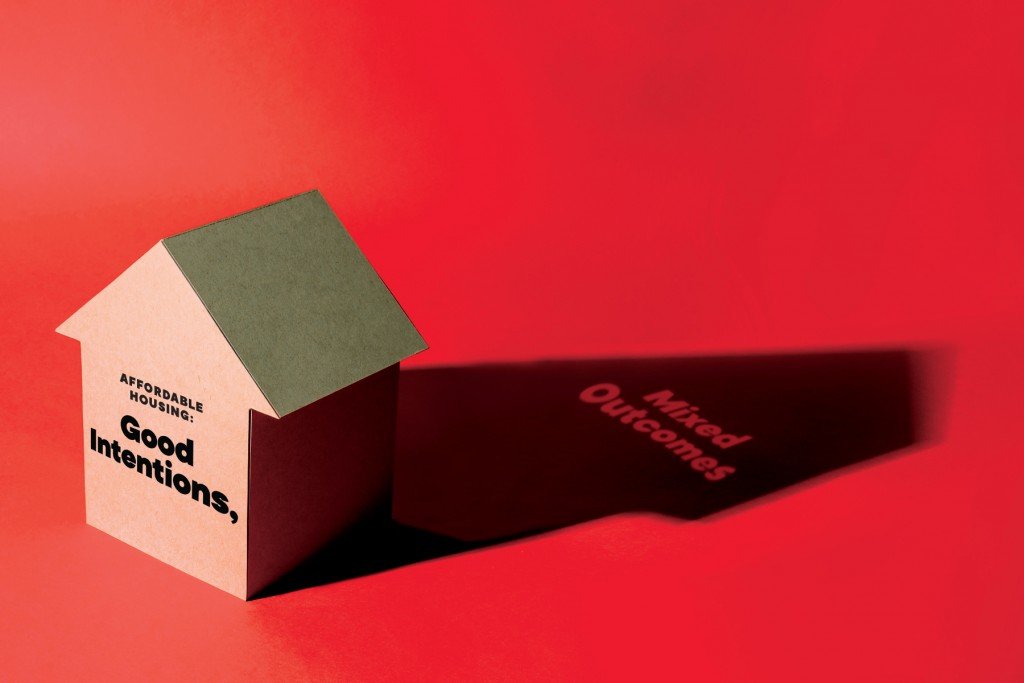 Everyone agrees that Hawaiʻi needs more affordable housing.
What we don’t agree on is which government policies will best fill that need.
But some policy failures are obvious. One glaring example: From 2006 to 2014, a Maui County policy meant to encourage construction of affordable housing only resulted in three such units. And the same policy may have discouraged other residential construction.
Local developer Stanford Carr, who has built housing on Maui, Hawai‘i Island and O‘ahu, says that Maui policy essentially “flatlined” the county’s housing industry until it was changed.
“Government is really slow to react to fix something after they realize that was a bad decision,” he says. “And the only ones hurt by it are our communities and primarily the younger generations, first-time homebuyers. So this problem has been in existence for decades. It hasn’t gotten any better.”
Inclusionary Zoning
Maui’s policy is a form of inclusionary zoning, which requires developers to offer a percentage of new residential units in their projects to lower-income households at rent or sales prices they can afford. Generally, housing is considered affordable when households pay no more than 30% of their incomes on housing costs.
Honolulu, Kaua‘i and Hawai‘i counties, plus two state agencies, have their own inclusionary policies with different requirements governing the amount of housing that must be affordable in a project, who can live in them, how long they must remain affordable, and how much they can be sold or rented for.
Some developers say inclusionary policies in general mean they must charge market-rate buyers or tenants more to subsidize the affordable units. Understanding how these inclusionary policies impact Hawai‘i’s housing supply is complicated. Maui and Kaua‘i counties and two state agencies track the number of affordable units generated by their inclusionary policies. Honolulu, however, does not have a breakdown of affordable units by regulation or program. And Hawai‘i County is negotiating with a consultant to review its policy.
Also, other factors impact the production of affordable housing, not just government policy. Those include the general economy, the real estate market, interest rates, and availability of land and financing, writes Susan Kunz, Hawai‘i County housing administrator, in an email.
“By its nature, inclusionary zoning relies on private development to produce affordable housing so if development is not happening, no affordable housing gets developed,” she writes. “We are currently in an active market with low interest rates that is now spurring more development activity and also resulting in more affordable housing units.”
Some developers and others familiar with Hawai‘i’s housing industry have complained for years about Hawai‘i’s inclusionary policies. They say these policies actually reduce the housing supply because of burdensome requirements and they want major changes in those policies.
Not Enough Supply
Hawai‘i has had a shortage of housing for a long time. In 1970, Hawai‘i’s then-lieutenant governor, Thomas Gill, issued a report titled, “Hawaii’s Crisis in Housing.” The report said the crisis was driven by a shortage of available housing units to meet current needs, and the high cost of renting or buying a home.
That shortage resulted in “serious overcrowding, doubling-up of families, rapidly rising rents and the unavailability of adequate housing for many people,” the report said.
Those issues still plague Hawai‘i. A December 2019 study commissioned by the Hawaii Housing Finance and Development Corp., the main state agency charged with developing and financing low- and moderate-income housing, found Hawai‘i will need about 50,000 more housing units between 2020 and 2025.
Area median income, or AMI – half of the residents of an area earn less than that level and half earn more – is a key factor in the affordable housing equation. Most of the needed units called for in the 2019 study are for people who make less than 140% of the AMI. Depending on the county, that 140% of AMI can range from $99,000 to $169,000 a year for a family of four. Local policies tend to set the cap for what is considered “affordable housing” as housing that targets income groups up to 140% AMI.
