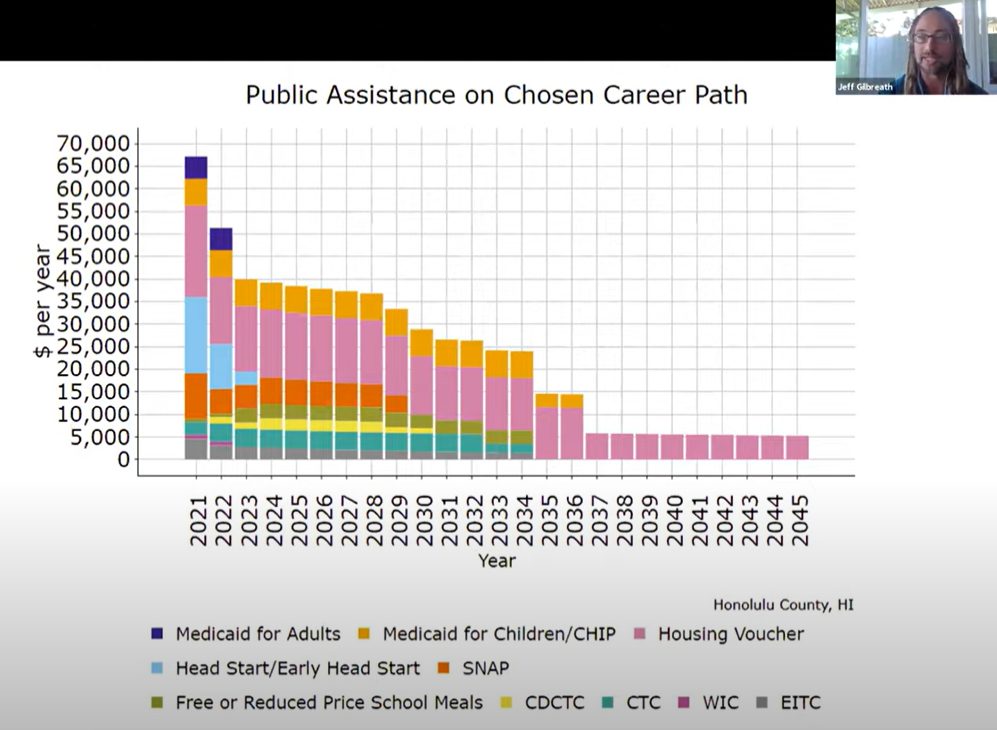 A 2017 report from Aloha United Way (AUW) found nearly half of households in Hawaii (approximately 212,000) were classified as ALICE or below (in poverty), meaning they struggle to afford basic needs such as housing, food, and health care. That percentage could be as high as 59% in the wake of the pandemic, said John Fink, AUW CEO.

Hawaiʻi has the highest cost of living in the nation. Gavin Thorton, executive director for Hawaiʻi Appleseed, estimated a family of four would need an annual income of $90,828 to afford basic needs. Some of the largest financial burdens for these families include housing, child care, and disproportionate taxing, Thornton said.

Based on their research, Hawaiʻi Appleseed and HCAN outlined target reform areas they believe will have the largest impact, including progressive taxation, increased cash flow, affordable housing, and early child care and education.

One way to increase cash flow for ALICE communities is through a payday loan reform bill that will take effect in January 2022.

Before the reform, individuals in Hawaiʻi seeking loans to help pay for rent and other necessities were paying 460% interest rates, with only two weeks to pay them back, according to Gabriel Kravitz, a consumer finance officer at the Pew Charitable Trusts. The reform bill clarified license requirements for lenders, extended payback periods, and put in place interest price caps, which reduced loan prices to a fraction of their original cost. Kravitz said:

Other economic solutions include investing in financial opportunity programs for ALICE individuals. Jeff Gilbreath, executive director of Hawaiʻi Community Assets (HCA), shared the organization’s plans to integrate a Career Ladder Identifier and Financial Forecaster (CLIFF) in Hawaiʻi, in partnership with the Federal Reserve Bank of Atlanta.

The tool will help individuals who advance financially (for example, a person becomes a certified nursing assistant and earns a higher wage) better understand and prepare for when their eligibility for certain public benefits, such as SNAP, expire.

See a projected timeline of increased financial self-sufficiency [above]:

“As COVID made the economic pain families are experiencing more prevalent … there’s things that you can do as an employer or as non-profits who have folks in the door.

Paying community members to participate in community engagement activities. Maybe there is a paid time off opportunity for folks to be able to advocate at the legislature … I think we can continue to move progressive economic policies that will help ALICE and below households, and really, all of Hawaiʻi.”