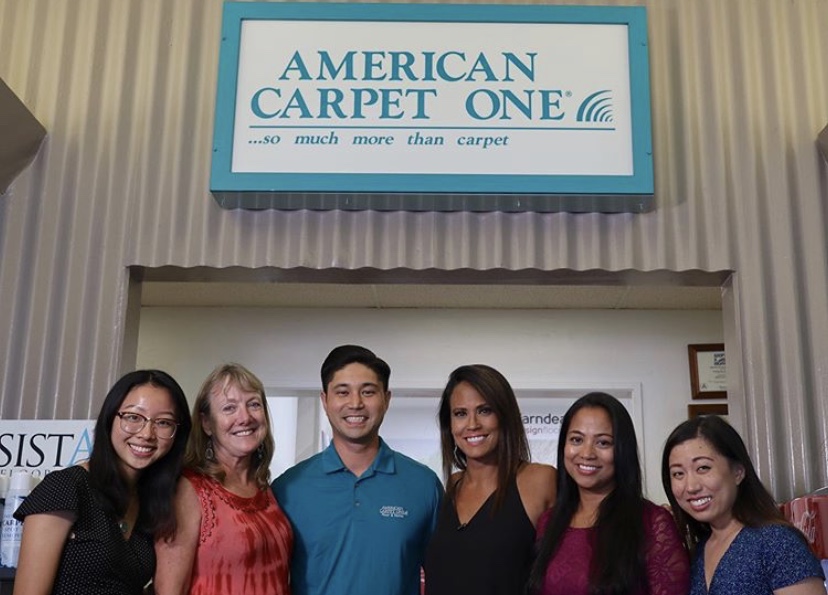 Aloha United Way has been helping the community for an entire century. One of the keys to its success is its local business partners like American Carpet One, which has created a culture of giving through its Workplace Giving Campaign.

“We did our first Aloha United Way Workplace Giving Campaign many years ago,” says American Carpet One Vice President Daniel Arita. “It’s part of our culture and we wanted everyone to join in. It didn’t matter how much — it was more about all of us being in this together.”

American Carpet One was started 45 years ago by Arita’s father, David. Arita says his father has always believed in giving back to the community and is his personal role model and an inspiration for employees. When American Carpet One became an employee-owned company, Arita says he thinks it made the company’s community giving even more meaningful.

“We talked to our employees and said, ‘Now that you are owners, you have a responsibility to be leaders in the community. You need to give back.’ It’s our culture,” Arita explains. “I feel blessed to be part of something like Aloha United Way that brings so many people together to make a difference.”

Arita recommends Workplace Giving to any business out there that’s looking to do good and give back.

“It’s great for team building,” Arita says. “It really develops a sense of pride in your company, and it’s so rewarding personally for everyone.”

Aloha United Way has been investing in Hawaii for 100 years. Its goal is not only to support programs that help people in need today, but also look for long-term solutions. The company brings together resources, organizations and people to tackle root causes of the most pressing issues in Hawaii. In particular, the financial instability impacting our community.

“Creating change is something that everyone can be part of,” says Emily Mendez-Bryant, Aloha United Way vice president of fundraising and major gifts. “Whether you give through your workplace or volunteer and donate on your own, you’re helping others.”

Right now, Aloha United Way is in the midst of its annual giving campaign. Its goal is to raise $10 million to support more than 300 local nonprofits and Aloha United Way programs that help the community, and all of the money that is raised stays here on Oahu. Go to AUW.org to learn more and donate.